If you could design your dream cooler, what would it feature? A cutting board, a bottle opener, LED lighting? How about an on-board bluetooth speaker, a USB charger – and what the hell, a freaking blender? All of this and more is what you’ll get from the Coolest cooler, a new Kickstarter product that premieres today.

Updated 7/11/2014: We’re back with another update, and we’re guessing this won’t be the last. The project reached four times its funding goal in the first day, over $1 million on the second, and continues to lay on the afterburners. The current status as of publishing this update puts the funding at just under $2.5 million raised from over 12k funders, with 49 long days to go. We have no idea if the Coolest can continue at this pace, but if it does, it has the potential to match (or dethrone) the top Kickstarter projects in the history of the site. We’ll continue to keep an eye on this red hot cooling device, so stay tuned.

Spearheaded by product developer and entrepreneur Ryan Grepper, the Coolest truly has the potential to be a ridiculously badass purveyor of all things cold and mobile. Just looking at the feature set, the product feels like an impractical invention dreamt up in a college dorm room by bright-eyed idealists, whose chief concern in life is to find a way to take the party – the whole party – along for the ride. But impractical as it may have seemed even a few years ago, we’re looking at a whole new technological landscape these days, and the Coolest cooler just might have wings.

In all, the Coolest slaps on a veritable mountain of features, including:

All of those amenities will cost you, however, even during the Kickstarter donation period. The early bird donation for the first 30 units will run $165, and the next lowest price tag starts at $185. From there, the price continues to rise up to the full $2,000 donation, which will fly Ryan Grepper out to your BBQ to tend bar, if that’s what you’re into. (The guy says he’s good with dogs and kids.)

Aside from the price, there’s another catch: This is take two of Grepper’s attempts to create the greatest cooler in the history of outdoor parties. The first try for the Coolest raised around $100K, but did not meet its funding goal. Then again, it raised $100,000 – in the dead of winter. This time around, the slightly pared-down version looks more affordable to manufacture, has a lower funding goal, and is launching in the middle of peak cooler season.

If you’re into the idea of drinking a fresh Margarita by the lake to the soundtrack from White Water Summer, you can help the Coolest reach its $50,000 goal by pledging today. 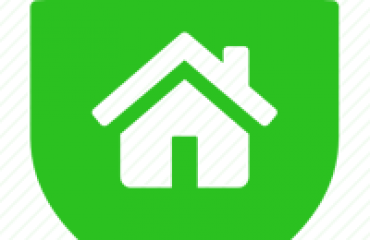