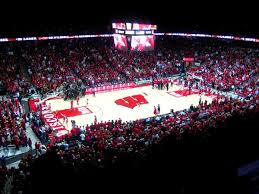 Ben Brust scored 18 points and Frank Kaminsky added 16 as No. 4 Wisconsin remained undefeated with a 78-52 victory over in-state rival Milwaukee on Wednesday night.

Sam Dekker and Traevon Jackson scored 12 points each for Wisconsin (11-0).

The Badgers took control in the first half after shaking off some early shooting troubles.

Brust kept the Badgers afloat during their struggles, hitting his first six shots, including four from behind the 3-point line.

Up 22-13 more than midway through the first half, the rest of the team found its stroke. Wisconsin reeled off a 23-7 run that featured five 3-pointers by five Badgers to blow the game open.

Averaging nine turnovers per game, Wisconsin had three straight after missing a shot on its first possession. Outside of Brust, the Badgers were 3 of 11 to start from the field.

The Badgers finished the half 9 of 13 from beyond the arc but connected on just one of 13 3-point attempts in the second half.

But Milwaukee couldn’t get out of the hole it dug in the first half, when the Panthers turned the ball over 11 times and the Badgers turned them into 18 points.

Tiby came in as the Panthers’ leading scorer, and though he scored in double figures, the Badgers played him physically all game. Kaminsky blocked Tiby’s first shot and the Milwaukee forward was 3 for 10 for the game and had six turnovers.

Milwaukee cut the Badgers’ lead to 16 points once in the second half, but that was snuffed out by a quick 10-0 Wisconsin run.