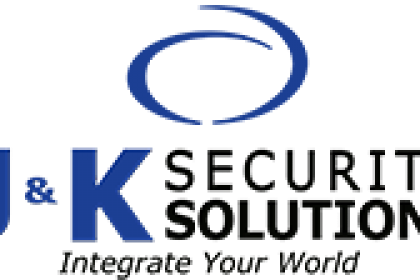 LED LCD vs. plasma vs. LCD: The ultimate tech choice. Debating on which HDTV technology to buy? Debate no longer. OK, not too much longer. Here are some Home Theater Facts that may help!

In television technology trifecta of LED LCD, plasma, and LCD, which comes out on top? The subject of countless debates and diatribes, the better question is: which works best? Or more precisely, which works best for you?

When you cut through the hype and the fanboys, each tech has different benefits and costs. So to help you figure out which TV is right for your house, let’s take a look at each one.

First, a BIG disclaimer: any article of this type is, by necessity, going to contain a lot of generalizations. In most of the categories below, there are likely one or two exceptions to each rule. It’s great to find an outlier, but that’s just what it is, an outlier. The “average” product featuring these technologies is going to perform as listed.

LCD TVs range in size from a couple of inches, to 90 inches, and everywhere in-between. They’re made by everybody. All “LED TVs” are actually LCD TVs, they just use LEDs as their light source, instead of the traditional CCFLs. There are very few CCFL (non-LED) LCDs on the market anymore. Since you might find a few off-brands that still use CCFLs (or you own a CCFL LCD and want to compare), we’ll include them here separately. One of the most common features of higher-end LCDs is 120 and 240 Hz refresh rates which helps reduce the blurring of motion common with LCDs. You can read more about that problem and the solution in What is Refresh Rate?

You might ask yourself, at this point, why only three companies for plasma? When electronics companies started building their manufacturing plants for TVs, they faced a choice: make big “cheap” flat panels that can’t go much below 42-inches (plasma), or build a more expensive factory that can make a wide variety of sizes, even though the bigger sizes will be more expensive (LCD). As production has increased, the larger LCD sizes have become more price competitive, so that distinction has disappeared. As such, you don’t see a lot of companies investing in new plasma TV manufacturing. Not when an LCD factory can make everything from cell phone screens to 90-inch HDTVs (an over simplification, but you get the point).

If you’re not sure what size TV you should be getting, check out How big a TV should I buy?

If you’re interested in how LCD and plasma match up against OLED, check out  LED LCD vs. OLED vs. plasma .

Without question, LED LCDs are the brightest TVs you can buy. Some models are capable of well over 100 footlamberts. To put that in perspective, in a movie theater you’re lucky if you get 5. CCFL LCDs are a close second.

Plasmas just aren’t that bright. It’s all relative, though, as plasmas are still likely way brighter than old-school CRT tube TVs. So plasmas aren’t “dim,” but they aren’t nearly as bright as LCDs.

The question is, do you need that light output? In a dark room, 100 footlamberts will be searingly bright, and could cause eye fatigue . In a bright room (daytime/sunlight) a plasma might be hard to see.

Another aspect to consider is any antireflective or antiglare material on each screen. A plasma with a really good antireflective coating may be better to watch with room lighting than a glossy-screen LCD with no such coating (and vice versa).

Check out &nbsp;LED LCD backlights explained  for more info on why LCDs are so bright.

This is getting a lot closer, but plasmas still offer the best black levels. Yes, LED LCDs can sometimes have an absolute black (by turning off their  LEDs ), but when you’re watching a movie, plasmas are going to seem darker. This relates to contrast ratio…

Contrast ratio, or the ratio between the darkest part of the image and the brightest, is one of the most important factors in overall picture quality. A display with a high contrast ratio is going to seem more realistic, and have more virtual “depth.” I highly recommend reading this article: Contrast ratio (or how every TV manufacturer lies to you).

There are a few exceptions. The  Samsung UN-85S9 , for example, has an advanced local dimming backlight, which gives it a plasma-like contrast ratio… for a price. A big price. A $40,000 price (that’s not a typo). A few other LCD have very good local dimming, but most still don’t have the visual punch of the best plasmas. One good LED LCD doesn’t make them all good, nor does it herald a new generation of better LED LCDs. The Samsung doesn’t do anything new. It’s a local dimming LED LCD. We’ve actually seen fewer and fewer of this types of displays for the reason the Samsung makes quite obvious: price (though there are cheaper full array local dimming LCDs, they’re just rare). Local dimming LED LCDs are more expensive than edge-lit models (and much more expensive than plasmas, at the same size), and these days, expensive TVs aren’t big sellers.

Do a few other local dimming models come close to the better plasmas (or exceed the lesser ones)? Yes, but again these are the exceptions, not the rule. Check out LED LCD backlights explained for more info.

There are some technologies coming down the pike that may offer even better contrast ratios. One of the most exciting is OLED. I’m really excited about OLED. It promises to be the best of all words: the best picture quality going, ultra-efficient, and incredibly thin. The first two models, an LG and a Samsung , are impressive. To learn more about this upcoming TV technology, check out What is OLED TV? and OLED: What we know .

So, on average, plasmas have a better contrast ratio (with notable exception noted). If you’re curious why they don’t look like it when you see them in a store, check out Why do plasma TVs look washed out in the store?

Right now the only  Ultra HD “4K” TVs  on the market are LED LCDs. It’s unlikely we’ll see 4K plasma, now that  Panasonic is pulling out of the plasma business . Keep in mind that resolution is only one aspect of a TV’s performance. I did a recent comparison of a  50-inch 720p TV and a 50-inch 4K TV  and found the 720 looked better (and in some cases, more detailed).

Motion blur is when an object in motion on-screen (or when the entire image pans/moves) blurs. Some of this is in the camera when the scene was recorded, but most is done by the TV. Not everyone notices it, not everyone is bothered by it, but it’s there, predominantly with LED and regular LCDs. The 120 Hz and 240 Hz higher refresh rates were developed to minimize motion blur. To some degree this works, but often the processing to create this cause an ultra-smooth image, which is called the “Soap Opera Effect.”  SOE, REALLY bothers some people (myself included). Some people like it.

It’s important to understand that the only reason LCDs have higher refresh rates is to combat motion blur. Since plasmas don’t have an issue with motion blur (not nearly to the same extent, anyway), they don’t need higher refresh rates. In reality, the way LCDs and plasmas create images are so different that you can’t compare th refresh rate of one with the other. Check out  What is 600 Hz?  (plasma) and What is refresh rate?  (LCD) for more info.

How big is your room? Do you or loved ones sit off to the side, viewing the TV at an angle? If so, it’s important to note that LCDs of both flavors lose picture quality when viewed “off axis,” as in not directly in front of the screen.

Small room, small couch, mother-in-law Barcalounger off to the side? Don’t worry about it.

Somewhere in the middle are in-plane switching LCDs, which offer a better viewing angle at the expense of overall contrast ratio and black level. Check out my article Myths, Marketing, and Misdirection for more info.

No question, LED LCDs have the lowest energy consumption, especially when you turn down the backlight . Prius drivers, this is the TV for you. CCFL LCDs are a close second, with the same addendum.

Plasmas, especially when you turn up the contrast control (which you need to for them to look their best), just aren’t as energy efficient. They are, however, far better than they were a few years ago.

If you want to go green, get an LED LCD. As I mentioned in the Myths article, though, it won’t save you money. Because LED LCDs are more expensive than other TVs, it will take you years to make up that difference in energy savings (if ever). We’re talking a few dollars difference in a year here. Check out  What you need to know about power consumption .

Do You Really Need A Home Security System How does a Home Theater really work?