What is refresh rate? – Home Theater and TV Facts 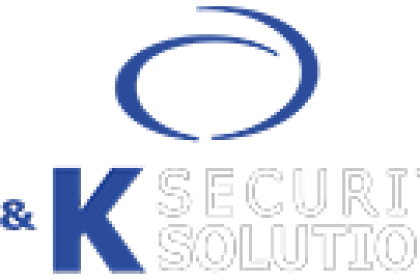 What it is and how it works is interesting, but why it exists is even more so. And it can have a profound effect on the picture quality of your HDTV.

Let’s start with the basics. Television is a series of images, shown rapidly enough that your brain sees it as motion.

In the U.S., our electricity runs at 60Hz, so it’s only natural that our TVs run at the same rate (elsewhere, 50Hz is common). This is largely a holdover from the CRT days, but our entire system is based on it, so there’s no use changing it.

Upping the frame rate
A few years ago, LCDs hit the market with higher refresh rates. These started at 120Hz, though now you’ll see 240Hz and beyond. In this case, higher is indeed better, but to understand why it’s better, we have to discuss why it exists in the first place.

All LCDs have a problem with motion resolution. Which is to say, when there’s an object in motion onscreen (or the whole image is moving), the image blurs compared with when the object/scenery is stationary. In the early days of LCDs this was predominantly because of the “response time,” or how fast the pixels could change from light to dark. Response times on modern LCDs are quite good, and this isn’t the big issue anymore.

The issue is how your brain interprets motion. Because it’s your brain, everyone is going to see motion resolution somewhat differently. Some people don’t notice motion blur. Some people aren’t bothered by it. Some (like me) notice it quite often and are bothered by it. Others, like our David Katzmaier, know it exists but don’t notice it enough in normal program material to consider it a major factor in picture quality.

Backlight flashing is what it sounds like. The most basic version of backlight flashing is the backlight going dark in between video frames. This moment of darkness is much like how a film projector works: an image, then darkness, an image, then darkness, and so on. Done slowly, this can result in flicker. Done fast enough, and you don’t notice it. A more advanced version, called backlight scanning, dims sections of the backlight in sequence with the video. In either case, the side effect is a loss of light output (sometimes significantly), because there are sections of time where the backlight is literally off (or close to it). There is another way of doing this called black-frame insertion, which shows a black image in between the real frames, but that doesn’t actually manipulate the backlight.

With 120 and 240Hz displays, there’s another option: frame insertion. This method, also called frame interpolation, actually creates entirely new frames of video to insert in between the “real” frames of video. With video sources, like live TV, sports, and video games, there’s very little downside to this method. You get excellent motion resolution, and you maintain the light output of the display. The image at the top of this article is an example of frame interpolation.

However, with film/24fps content (movies, most scripted TV shows), there’s an issue. The interpolated frames smooth out the inherent juddery motion of 24fps content. On the surface this may seem like a good thing, but the resulting ultrasmooth motion makes movies look like soap operas. Fitting, then, this is called the Soap Opera Effect. We and many TV companies call it “dejudder.” Personally, I find motion-interpolated video annoying to watch. In some, it causes nausea. Some people don’t mind it, which I find rather shocking. Check out What is the Soap Opera effect? for more on this “feature.”

Most modern 120/240Hz TVs have one or both versions of this technology, and it’s completely selectable which to use (if at all). In some bizarre cases, like the Cinema mode in Panasonic’s WT50 series of LED LCDs, you’re locked into the motion interpolation. The trade-off, usually, is that if you don’t use motion interpolation or backlight scanning, you don’t get full motion resolution.

Personally, I find the step from 60Hz to 120Hz to be noticeable, and worth the additional money. The step from 120 to 240 is far more modest of an improvement.

Nah, let’s make it more confusing
Marketing being what it is, companies are now obfuscating their TVs’ actual refresh rates. Samsung, LG, Sony, Vizio, and Sharp have stopped being honest about their refresh rates entirely, instead adopting bespoke motion-resolution ratings called “Clear Motion Rate,” “TruMotion,” “Motionflow XR,” and so on.

Gary Merson did an excellent article on this at HDGuru called “Beware of phony LCD HDTV refresh rates.” CNET’s 2013 TV reviews always specify the true panel refresh rate, not the phony one.

Plasma’s ‘600Hz’
This part is complex enough that it has it’s own article. For the full story, check out What is 600 Hz?

The abridged version is this: Because plasmas don’t suffer from motion blur like LCDs, they don’t need higher refresh rates. The problem is, all plasma TV manufacturers also make LCDs. So you’re not going to see a big marketing push from any of them saying “No, no, buy our cheaper plasmas because they don’t suffer from motion blur (or poor off-axis response, or poor contrast ratios).” With the intense marketing of 120Hz and 240Hz, many consumers assumed plasma was lagging behind, fitting into their erroneous preconceptions that plasma is somehow an “older” technology.

Instead, all three plasma manufactures (LG, Panasonic, and Samsung), have adopted the “600Hz” claim. As Obi-Wan Kenobi said in “Star Wars Episode VI: Return of the Jedi,” “…what I told you was true, from a certain point of view.”

“From a certain point of view?” As an engineer once eloquently explained to me: plasmas create light with time. Each pixel in a plasma has only two states: on or off. (In that way, they’re a completely digital device, unlike LCD, which can still be analog, but that’s fodder for an entirely different article.)

DLP works by a similar principle: each mirror is either on (facing the lens) or off (facing away).

In reality, it’s a bit more complicated than this, but this is the general idea. There are other pros and cons to this method that are beyond the scope of this article, but if anyone really wants me to dive into it, let me know.

So “600Hz” is more or less a marketing thing, but it’s not untrue. The fact is, plasmas don’t suffer from motion blur like LCDs do, so they don’t need higher refresh rates.

Source
If you’re looking for motion blur in your own TV, keep in mind that in some cases, there’s going to be blur in the source. This is most common with movies shot on film. Fast motion will blur on film because of its low frame rate.

Personally, I notice motion blur most in close-ups. When an actor’s face fills the screen, for a moment he or she will be stationary, and you’ll see every bit of facial detail. Then they’ll move slightly, and the image will blur. I see this across all different types of source material.

Bottom line
Refresh rate is how often the TV shows a new image. Anything above 60Hz is entirely the invention of the TV itself. All modern video is either 24 frames per second (movies and most TV shows), 60 fields per second (1080i video), or 60 frames per second (720p video). Higher refresh rates are used to increase apparent motion resolution with LCDs. The 600Hz with plasmas is largely marketing, but is technically how they work.

If you’re annoyed by motion blur, you’re better off getting the highest-refresh-rate LCD you can get, or stick with plasma (or OLED ). Though it’s worth mentioning that sometimes the processing that allows high refresh rate TV to work can cause input lag .

However, not everyone notices, or is bothered by motion blur. I do/am, and it’s one of the main reasons I prefer plasma over LCD (the other being contrast ratio ). As mentioned earlier, David doesn’t/isn’t. We both have highly critical eyes when it comes to TVs, but because the perception of motion blur is so subjective, we’re both right. Are you bothered by motion blur? Comment below; I’m curious.

And most important, because your source is 24 or 60fps, you do not need special HDMI cables with a 120 or 240Hz TV. If the salesperson tells you that, he or she is either clueless or lying. For more on that, check out ” Why all HDMI cables are the same .”What do 120Hz, 240Hz, 600Hz really mean for the picture quality of your new HDTV?

In a Home Theater, Does Size Matter? – Room Requirements – FAQ