Reasons you need to invest in a home security system now Have you thought about installing a home security system, but put it off because you don’t think you really need one?

Well, before you put it off any longer, you may want to consider these facts: In 2010, there were more than two million home burglaries in the United States, over 70 percent of which took place in residential homes, reports the Federal Bureau of Investigation (FBI).

What’s more, victims of these burglaries claimed an estimated $4.6 billion in lost property, and the average dollar loss per burglary was $2,119.

With these startling statistics, investing in a home security system doesn’t seem like such a bad idea, does it?

In fact, according to a 2010 study partially underwritten by the Alarm Industry Research and Educational Foundation, burglars spend less than 60 seconds breaking into a home. So, anything that made a house harder to access, including home security systems, deadbolt locks, bars on windows, and pins in sash windows, acted as a deterrent.

What’s more, the Electronic Security Association’s “Home Safety Fast Facts” report, notes that 9 out of 10 burglars avoid homes with alarm systems and said if they did encounter an alarm, they would not attack the home.

The bottom line: Burglars are on the lookout for “soft targets,” so making your home more difficult to access is likely to deter a break-in.

Reason #2 – To Detect Smoke and Fire

Here’s how: “A home fire alarm system is usually part of a total security system providing burglary protection in addition to fire protection,” according to the U.S. Fire Administration. “Such a system supervises doors, windows, and spaces within the home for break-in and may provide monitoring services by dialing your telephone to report a fire or intrusion to a security office, where it will be reported to your local police or fire department.”

And having a home security system that doubles as a smoke detector is extremely important, especially when you consider the latest home fire statistics.

The National Fire Prevention Association says fire departments responded to an average of 371,700 home fires in the United States each year from 2006 to 2010. Their August 2012 report on structure fires, that include any type of residential fire, found that many fires are started by cooking mishaps or “heating fires,” which are caused by central heating units, fireplaces, chimneys, water heaters, or heating stoves.

And unfortunately, these fires could do a lot of damage. According to a 2008 to 2010 U.S. Fire Administration study on heating fires, about 50,000 heating fires occur in the United States each year and result in approximately 150 deaths, 575 injuries, and $326 million in property loss.

To avoid becoming a part of this statistic, consider how a home security system could help you.

Reason #3 – To get a Discount on your Home Insurance

On top of being a burglar-deterrent, installing a home security system could also help lower the premium on your home insurance – and by a pretty penny at that.

In fact, “Some companies may cut your premiums by as much as 15 or 20 percent if you install a sophisticated sprinkler system and a fire and burglar alarm that rings at the police, fire or other monitoring stations,” according to a homeowner’s insurance article published by the Insurance Information Institute.

Why are home insurance companies willing to offer these huge discounts?

Think about it like this: When you install a home security system, it makes it less likely that someone will be able to break into your home, and in effect, there’s less of a chance that your insurer will have to cover your losses due to a home invasion.

Essentially, when you install a home security system, you are less of a risk for your insurer.

Reason #4 – To Control Your Home Remotely

Have you ever called a neighbor to ask whether you left your kitchen window open? Now there’s an app for that, in a manner of speaking.

Most home security systems can alert you – via text or e-mail – when there’s activity in your home that you want to know about, say Marinace. For example, you can get alerts every time someone enters your home, the basement light goes on, or every time your liquor cabinet opens.

Many systems even allow you to view live video feeds from your home online or on your phone, adds Marinace.

And if you’re a working parent who wants to keep tabs on when your kids come and leave the house, certain alarm systems will allow you to do just that.

Case-in-point: Marinace says that some so-called “latch key” systems will send a picture of your child returning from school to your e-mail or phone. Yes, this does sound a little like “Big Brother,” but when it comes to the safety of your home and family, it’s probably best to be overly cautious.

And if you’re worried you’ll start to get annoyed by the alerts and notifications, you’ll be happy to know that they’re completely customizable, so you can tone them down or turn them off completely.

What’s another good reason to invest in a home security system? How about this: It can actually help children or seniors get medical attention in the event of an emergency.

How so, you’re probably wondering? Well, if someone with health problems is living alone, they could carry a wireless transmitter that triggers their home security system if they need assistance, says Marinace. As with a fire, once the home security system has been triggered, emergency responders are immediately notified.

Marinace also points out that many home security systems include two-way intercoms so that when the system is triggered, you and your family members can communicate directly with the operators in case you can’t get to a phone.

And while this little detail may not sound like much, to someone with limited mobility, who many not be able to get to the phone very quickly, it could prove extremely helpful.

Call JK Security in Madison Wisconsin for all your Home Security System Needs – 608.255.5799 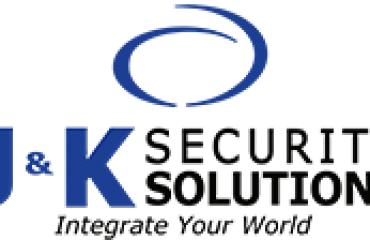