MADISON, Wis. –Madison-based American TV is being accused of errors at the checkout as the company holds a going-out-of-business sale.The Wisconsin Department of Agriculture, Trade and Consumer Protection said Wednesday a price verification survey at the seven American TV stores in Wisconsin shows 5.5 percent of the items checked rang up higher than the advertised price.

Wisconsin law requires that stores charge the lowest advertised price. Consumers are entitled to a refund when they are overcharged.

Inspectors checked 325 items at the stores. The highest overcharge on a single item was $314.44 at the American TV store on Casaloma Drive in Appleton.

DATCP spokesperson Sandy Chalmers said investigators informed store managers who they were and why they were there before starting their inspection.

The highest number of overcharges occurred at the Madison store on the West Beltline Highway. Seven of 50 items checked were overcharged at the register. The errors were corrected when the inspector returned on Tuesday.

Chalmers said the overcharge rate found in all American TV stores was four-times higher than the average found in other businesses across the state.

American TV released a statement Wednesday saying the vast majority of the checkout errors claimed by DATCP were on unboxed items from their closeout and demo centers.

“We are concerned that the media has reported that American TV is overcharging customers,” the statement said. “The report from the Wisconsin Department of Agriculture, Trade and Consumer Protection did not reach that conclusion, and American TV has not received any consumer complaints.”

DATCP spokesperson Sandy Chalmers said her inspectors looked at a cross-section of items in the American TV stores, not just the material from the “Closeout and Demo centers” as claimed by the company. Further, she blasted the claim that DATCP did not reach the conclusion that consumers were overcharged.

“Our inspectors were doing their jobs, posing as consumers,” Chalmers said. “I guess it’s technically correct that they were not consumers, but that’s lawyerly parsing. They’re trying to defend themselves, I understand that. But I stand by what we found 100 percent. That’s why we’re encouraging consumers to make sure they’re not being overcharged like our inspectors.”

DATCP officials remind shoppers to compare the sticker price to the price that rings up at the register.

“In a liquidation situation like this, the company may not be around in two weeks or a month or a couple months to issue refunds. So it’s best for people to be vigilant about this and check carefully at the checkout; ask questions before you buy,” Chalmers said.

Brought to you by Madison’s Respected Electronics Company 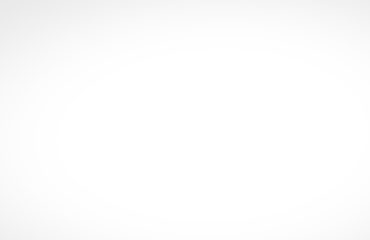